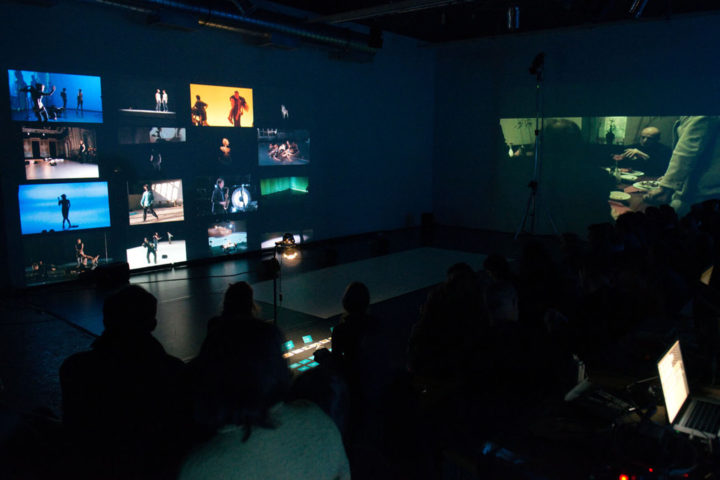 A juxtaposition of the newest video-dance films by IMZ and sixpackfilm in opposition to a series of documentaries / films about mold fungus, electro shocks, protozoal couples and motorcycling gangs selected by Ella Esque or the abstract audio-visual video art works curated by Michaela Grill. Their common denominator is the interest in a choreographic language of forms. The exploration of choreography on screen corresponds with the original function of the former Gudrun Kino, which now hosts rehearsal studios for contemporary dance. Projected choreographed images, complex cycles of movement or rhythmic filmic sequences merge into the installative setting of this event. The various progammatic strands are happening simultaneously in order to encourage the audience to change more than once between the different studios.

A programm by Liquid Loft in collaboration with IMZ and sixpackfilm within the framework of Living Room Products. Curated by: Michaela Grill, Ella Esque, Chris Haring.