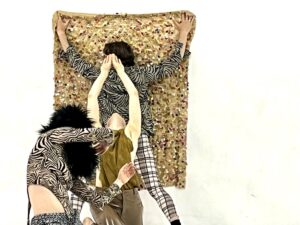 Coming up soon! Our brand-new performance Modern Chimeras will premier at ImPulsTanz Festival on 29th of July (+ 31st July).
get your ticket here 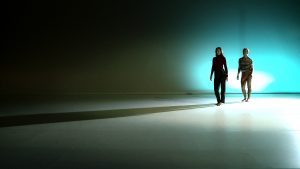 We are happy to announce the screening of Stranger Than Paradise at Cinedans Amsterdam on 26th June. 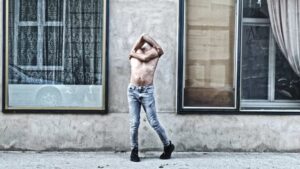 Check out our dates below for some new and exciting locations with Stand-Alones ( polyphony ) this summer, including the historical Botanical Gardens of Padua, in collaboration with Opera Estate Festival Veneto or at Palazzo de Nordis at Mittelfest in Cividale del Friuli, Italy. 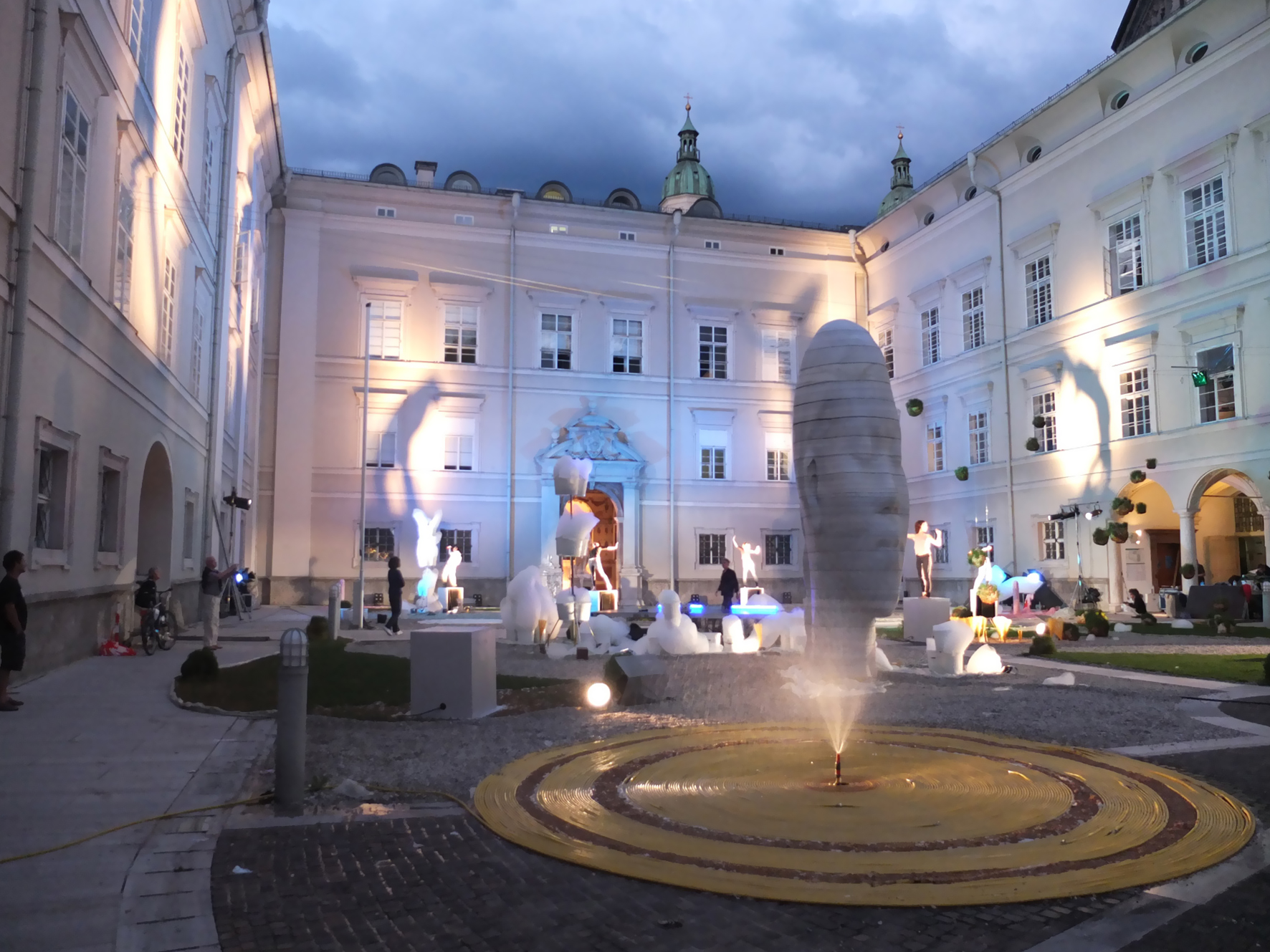 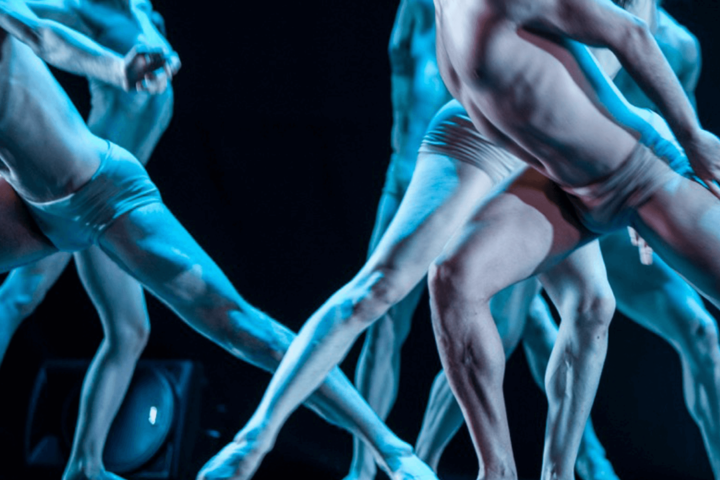 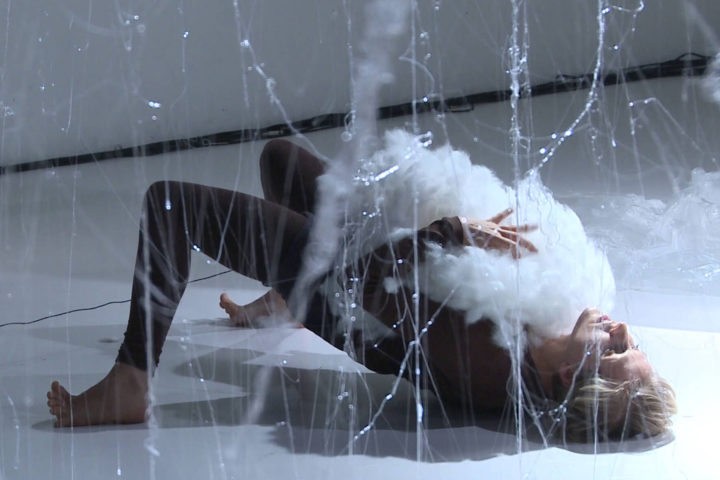 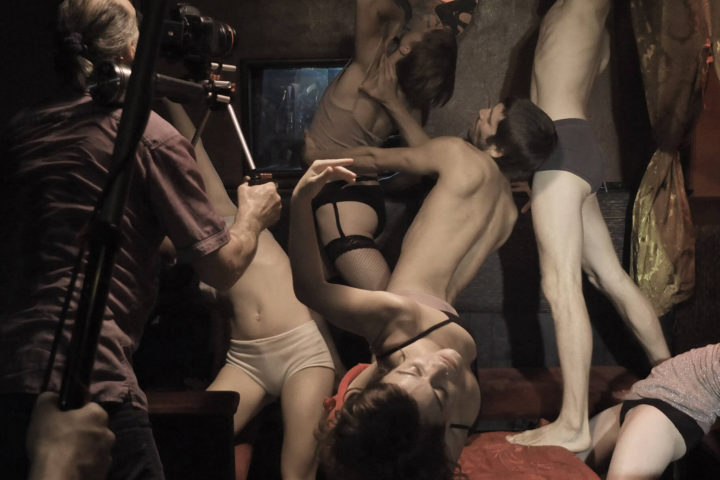 Chris Haring is a choreographer and the artistic director of the performance company Liquid Loft. His main sources of inspiration are science fiction and the human body as a cybernetic landscape.

He choreographed performances such as Kind of Heroes, Running Sushi, Talking Head and the Perfect Garden series. In 2007 Posing Project B – The Art of Seduction won the Golden Lion for the Best Performance at the Biennale di Venezia.

Andreas Berger is a musician/composer; lives and works in Vienna. He studied Computer Music and Electronic Media at the University of Music and Performing Arts in Vienna. Since 2001 he has published a number of compositions under the name Glim, such as “Music for Field Recordings” (2003) and “Aerial View of Model” (2006). He is a founding member of Liquid Loft. His compositions received awards at the theatre festival Kontrapunkt in 2010 and at the International Shortfilm Festival Hamburg in 2009.

Canadian dancer/actress/choreographer, living in Vienna. After her classical dance training she went on to study at the University of Calgary where she graduated with a Bachelor of Arts in Contemporary Dance in 2000. Stephanie started collaborating with Chris Haring in 2003 and in 2005 was a co-founder of Liquid Loft. She has also worked as Haring’s choreographic assistant with companies such as Les Ballets de Monte-Carlo and Balletto di Roma. In 2004 Haring choreographed the solo Legal Errorist for her for which she was named Outstanding Young Dancer in Ballett-Tanz Magazine. Her own work includes solos such as Ah Poetry, P.S. and i dance, therefore i talk, as well as her lecture performance Redneck to Cyborg: A Shared Transformation. Since 2011 Stephanie has been a member of the ensemble of the Vienna based performance company Toxic Dreams. She played the lead role in Gustav Deutsch’s award winning film Shirley:Visions of Reality which premiered in 2013 at the Berlinale. She also played a lead role in Austrian director Daniel Hoesl’s film WINWIN which premiered in 2016.

Born in Stockholm. He is a stage director, dramaturge, video-, installation- and concept artist. One focus of his artistic work is the creation of contextual spaces and discourse zones that create per­formative qualities. As a stage director he has realized various performance, opera and theatre projects, both in public space and in theatres, in Austria, Germany, Switzerland, the Netherlands and France. From 2000 to 2008 he was the chairman of IG Kultur Vienna. In Vienna, he founded NOMAD theatre in 2000 and the LABfactory in 2003. He is co-founder and member of Liquid Loft. He has been teaching, amongst others, as a guest professor at Willem de Kooning Academy in Rotterdam.

Freelance artist. Born in Poland, living in Vienna since 2005. she studied Scandinavian Studies at the University of Gdańsk. She received her dance education at Anton Bruckner Privatuniversität in Linz. In her own work, she is investigating the interplay between thought, sensation and movement and is exploring notions such as displacement, synaesthesia and metaphor. She is a founding member of Archipelago – Verein für Performative Künste, The Loose Collective and Arbeitsplatz Wien. Since 2006 she has been working with Liquid Loft.

Born in Finland, he works in the fields of dance and visual arts. He studied contemporary dance and choreography in Helsinki and in Amsterdam and holds an MFA from HEAD – Geneva School of Art and Design. As dancer, he has worked with Joona Halonen, Karin Pauer, notfoundyet, Sara Ostertag, Georg Blaschke as well as with visual artists such as Lili Reynaud Dewar and Verena Dengler. His own performances were presented in Austria and Switzerland. Since 2014 he has been working with Liquid Loft.

Born in Colombia, he lives and works in Vienna. He studied communication and audiovisual studies at the Javeriana University (Bogotá) and graduated with a BA and MA in Contemporary Dance from Anton Bruckner University in Linz. As a dancer, he has worked with Jerome Bel, Wee/Scavetta, David Zambrano, Martin Sonderkamp, D.ID, Editta Braun and Georg Blaschke. In 2017 he joined Liquid Loft. As a choreographer, he is part of the european projects “B-Project” and “Dancing Mu­seums”, in collaboration with the Louvre Museum (Paris) and the National Gallery (London), among others.

Born in Busan, Korea, he studied dance at the Chung-Ang University and received his Master in 2014 from the Korean National University of Art. For his choreography Pattern-Body he won the Special Jury Award at the Seoul Choreography Festival (SCF). The performance was presented in Seoul, Busan, Shanghai and Bonn. As a dancer and choreographer, Dong Uk has worked with MIRA / Julia Riera, Jin-yeob Cha, Silke Z. / resistdance, NetworkAks, Trustdance Company and since 2017 he is a mem­ber of Liquid Loft.

Hannah is an independent dancer from Adelaide, Australia and is currently based in Vienna. She graduated from the Queensland University of Technology with a B.F.A (Dance) and a B.A. (Dance) Honours from the Western Australian Academy of Performing Arts. She has performed nationally and internationally including at the Donaufestival and Musée d’Art Moderne Paris. From 2012 to 2019 Hannah worked with Tanz Company Gervasi. In 2017 she developed and toured a solo titled Enklave directed by Elio Gervasi. She has taught and assisted in a number of Tanz Company Gervasi workshops in Vienna and Italy. Since 2017 Hannah has been creating and performing with Liquid Loft in Foreign Tongues, Models of Reality, Stand Alones (Polyphony), Blue Moon you saw…, and Stranger Than Paradise. Hannah has been involved in a number of other projects including short movement films, outdoor productions and dance theatre works. She also regularly teaches ballet and contemporary classes at Weiterbildungsinstitut Wien.

Katharina Meves was born in Germany, graduated from SEAD, Salzburg, DanceWEB scholarship recipient in 2009. Since 2007, she is a member of Liquid Loft. As a dancer and actress she has been performing in productions by Tino Sehgal, Christoph Winkler, Anna Malunat, Franz Rogowski, der T.r.a.s.h. Dance Company, Frank Willens, Peter Stamer and Michael Portnoy. As an actress and voice actress she has been work­ing in film productions by Mara Mattuschka, Kristel van Issum, Andreas Morell, Anno Saul, Jakob Brossmann, Alexandra Gerbaulet/Mareike Bernien and Ute Adamczewski.

Luke Baio was born in Worcester, UK. In 2000 he graduated from Northern School of Contemporary Dance/UK, then studied at London Contemporary Dance School. From 2001 to 2006 he was a member of Richard Alston Dance Company. Since 2007 he is living and working as a freelance dancer in Vienna, Austria. In addition to his collaboration with Liquid Loft (since 2007) he has also produced his own work together with Dominik Grünbühel.

founder of the Creative Agency A propic. Graduated from the High School of Social Sciences Paris (Ecole des Hautes Etudes en Sciences Sociales) and the University of Montreal. Since then, she has been interested in cultural policies in Europe and North America and in the status of artists in France and in Quebec. Since 2005 A propic has been organizing international tours, co-productions and residencies for artists and companies.

DOP, digital artist and senior scientist at Peter Weibel research institute for digital culture in the field of KI. Participated in international festivals and exhibitions with video-media- and light installations. Inter-disciplinary scientific and artistic research interests with a focus on automated systems, AI, communication, information and economy in relation to the transformation of societies.

made music with PostPunk.ArtPop.NoiseRock–bands in the past with the highlights of touring with Blendwerk and winning the ProtestSongcontest 2008 being part of „Rupert’s Jazz Construction“.

continues with solo-works extending the fields of Ambient and Dub.

Liquid Loft was founded in 2005 by choreographer Chris Haring together with musician Andreas Berger, dancer Stephanie Cumming and dramaturge Thomas Jelinek. Inspired by science-fiction literature and cyborg theory, Liquid Loft's work reflects how our perception and bodies are transformed through visual media and the everyday use of technology. With their methods of deconstructing dancing movement material and shifting acoustic levels, Liquid Loft repeatedly open up new choreographic terrain in connection with other contemporary art forms. Their idiosyncratic visual and formal language, the distinctive acoustic stage sets and the professional dance implementation have earned Liquid Loft international acclaim and awards, such as the Golden Lion for Best Performance at the Venice Biennale.

Liquid Loft is supported by: