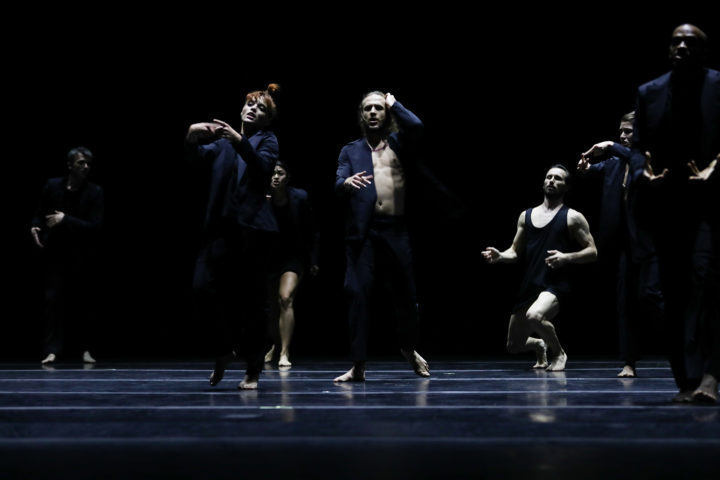 “I was exactly who I was up until the 5th of February, 1948, and then I became an angel. It was just after lunch.”

quote of the so called “Angel Man” a patient and artist at Gugging psychiatric hospital near Vienna, who appears in David Bowie’s song “I’m deranged” after he and Brian Eno visited the institution in 1994.

The entire movement composition of deranged is based on a musical score which evolves from the dancers’ own voices. Accompanied by the granulated and fragmented sounds of spoken words, the dance-sequences reflect the many personalities often hosted within one single human body. The common perception is that an individual is inseparable from their own voice, but the mechanisms of this performance proof otherwise. If we once woke up and realized that the static view of ourselves was actually a phantasy and that a deranged and manifold personality is what we are, then this might turn out to be a real, unexpected epiphany. Maybe, our personality is not who we think we are. The irrational, the phantasies and the derangement: This is what makes us. This piece can be seen as a metaphor for an individual’s inner struggle to become “someone”. Strange but colorful tableaux vivants appear when the dancers change from one character into another. Out of voice and movement fragments, ever changing stop-motion-sculptures reveal the smallest units of all the personalities within one individual.