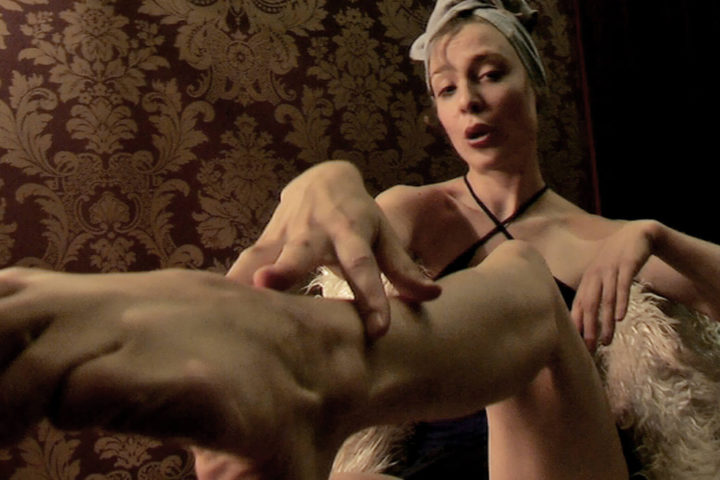 Precise physical work with the body has seldom experienced such a condensed cinematic counterpart as it does in Mattuschka’s/Haring’s new film. In subtle tableaux vivants sweaty bodies awake from a turbulent, dream-filled night at the hotel, lull male and female bodies out of grotesque poses into a scene of border transgression: between objects and bodies, sounds and melodies, and genders arise those categorical transgressions and shifts so typical for Mattuschka. A mimetic communication takes place between the beings (are they really people?) populating this palace in an urgency of gestures entirely characteristic of the filmmaker, which is seemingly produced through the immense, yet astonishingly discrete proximity of the camera to the bodies.The alienated soundscape of breathing, singing, and speaking provides the logical architecture for the visual development, and determines the chronology of the events, the carnivalesque of the gestures, and the materiality of the bodies with an increasing uncanniness (the palace as hotel, as heterotopia). From Paris is Burning to this Burning Palace: it’s just a stone’s throw.