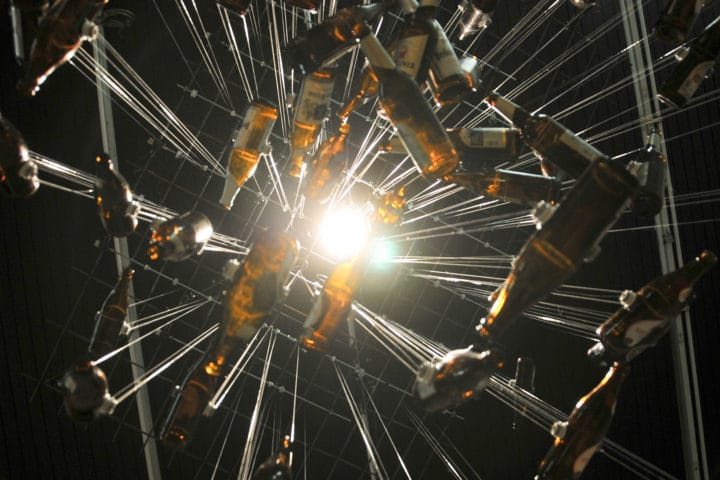 Collective Body unfolds around notions of sociality and community that imply the ideas of a shared time and space, joint actions, spontaneous movements and, therefore, choreography. The threeday event is conceived as a succession of situations shaped by the presence of the artists’works, convivial tools and the audience. All the works (videos, audio, installations and performances) tackle and widen the concept of collectiveness, but also stress the relationship between the individual and the community she/he is called to be part of. Social behaviours, group dynamics and unpredictable gestures are thus understood as central features of the concept of the collective body.