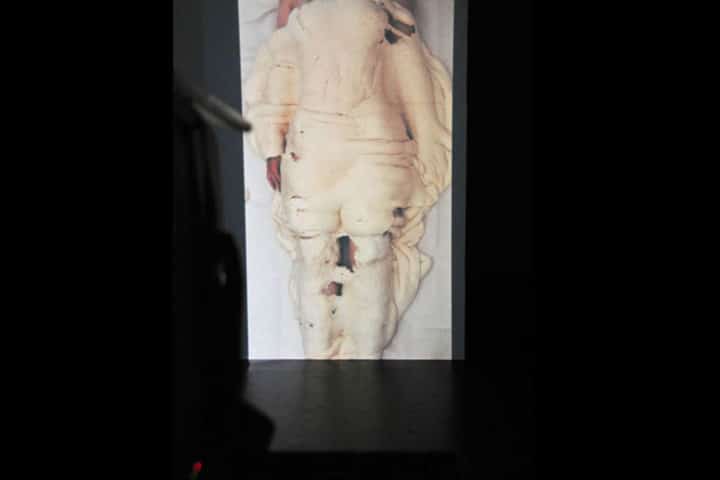 “FEVER or the displacement of youngsters”
A choreographiesque entomology

But all will be well in the end with:
Katharina Seidler / humming buzzing DJ

The areas for game play and conflict in choreography and text/dramaturgy have been set. The markings of the corners are made up of transmitters of disease, politics of sound and the grotesque body. The players: a death and a maiden, a sonic warlord and a human fly.

The overwhelming reading of Carmen Stephan’s novel “Mal Aria”, the story of the sickness and death of a young woman who has contracted the swamp fever – told from the viewpoint of the death-bringing female mosquito (with the male being, for a change, harmless) – serves as the booster of ignition. Spun further by association following the taking of the name by the British company Compound Security Systems, who, in 2005, introduced the supersonic-noise emitter “The Mosquito” which aims at dissipating “loitering” youngsters from public places by means of sonic sound waves in the upper frequency ranges (17 and 18,5 kHz).

These two narratives are thwarted by the marathon runner Tex Rubinowitz who, disguised as a fly, repeatedly took part in the most intoxicated race of the world: the Marathon du Médoc which is held in the small town of Pauillac in the south of France. This should make for an existentialist and heavily armed fever dream as well as for a St. Vitus’dance camouflaged as armament race and vice versa.